“There is a sufficiency in the world for man’s need but not for man’s greed.” – Mahatma Gandhi 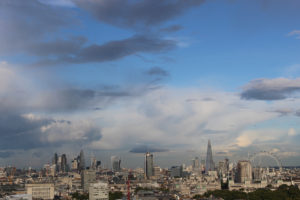 On his ostentatious bed,
Lay a Scrooge with plans for making
Loads-a-money in his head.
Mary was the mother mild,
Of his one and only child.

Scrooge’s daughter came to see him,
She was warm and kind to all.
But around the kitchen table,
Conversation started to stall.
He was mean, chastized her folly.
Christmas spite, for daughter Holly.

“What else can I be, in such a world of fools?
Older but not richer, a time for paying bills!
If I could work my will every fool would hear,
My tidings of comfort and joy, comfort and joy,
‘Be boiled with your own pudding, and buried with a stake of holly through your heart.’
Bah, humbug!”

“Keep Christmas in your own way, let me keep it in mine.
I’ve always thought of Christmas as a kind and pleasant time.
It’s never put a scrap of silver in my pocket but,
I believe it has done me good, done me good,
And so I say, ‘God bless it! God bless it!'”
“Bah, humbug!”

While Scrooge watched TV that night, lying on his bed,
A ghostly apparition came, and he was filled with dread.
“Who are you?”
“Ask who I was. In life I was your partner Mary.”
“Listen!” said she, for mighty dread had seized his troubled mind.
“A warning of great pain I bring to you and all mankind.”

Scrooge fell upon his knees, and clasped his hands before his face.

“Mercy!” he said. “Dreadful apparition, why do you trouble me?” …

“I wear the chain I forged in life,” replied the Ghost. “I made it link by link, and yard by yard; I girded it on of my own free will, and of my own free will I wore it. … At this time of the rolling year, I suffer most. Why did I walk through crowds of fellow-beings with my eyes turned down…!”

“Hear me!” cried the Ghost. “I am here tonight to warn you, that you have yet a chance and hope of escaping my fate. …You will be haunted by Three Spirits. … Without their visits you cannot hope to shun the path I tread. Expect the first tomorrow, when the bell tolls One. … Expect the second on the next night at the same hour. The third upon the next night when the last stroke of Twelve has ceased to vibrate. Look to see me no more; and look that, for your own sake, you remember what has passed between us!” 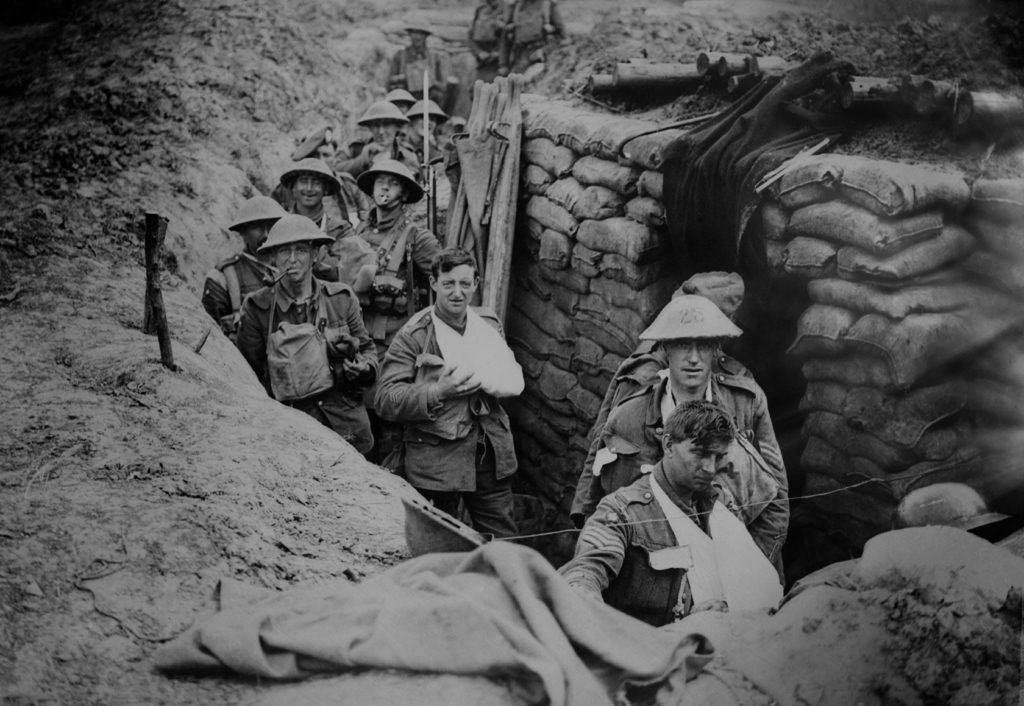 Our armies can’t continue,
Soldiers can’t sustain,
Birds and beasts have flown away,
Man’s left mired in pain.
In the bleak mid-winter,
All alone we pray,
For some peace, humanity,
A truce for Christmas Day.

Soldiers from both trenches,
Slowly gathered there,
Cigarettes and banter,
Thronged the air.
Someone had a football,
In our youthful bliss,
An hour of peaceful shooting,
Laughter when we miss.

What can I give him,
The friend I made that day?
Presents for his children,
Welcome him to stay?
No, I am a soldier,
Don’t pity his wife (no pity),
What I can I must do,
Take his life!

“Stop! Spirit, enough! Why do you torture me?
The wars of the past have nothing to do with me.”

Awaking in the middle of a prodigiously tough snore, [Scrooge] felt that he was restored to consciousness in the right nick of time …

[H]e got up softly and shuffled in his slippers to the door. The moment Scrooge’s hand was on the lock, a strange voice called him by his name, and bade him enter. He obeyed. It was his own room. … But it had undergone a surprising transformation. …

In easy state upon [the] couch, there sat a jolly Giant. … The Ghost of Christmas Present rose.

“Spirit,” said Scrooge submissively,” conduct me where you will. …”

Scrooge did as he was told, and held it fast.

Holly, mistletoe, red berries, ivy, turkeys, geese, game, poultry, brawn, meat, pigs, sausages, oysters, pies, puddings, fruit, and punch, all vanished instantly. So did the room, the fire, the ruddy glow, the hour of night, and they stood in the city streets on Christmas morning.

From A Christmas Carol, “Stave 3: The Second of the Three Spirits” 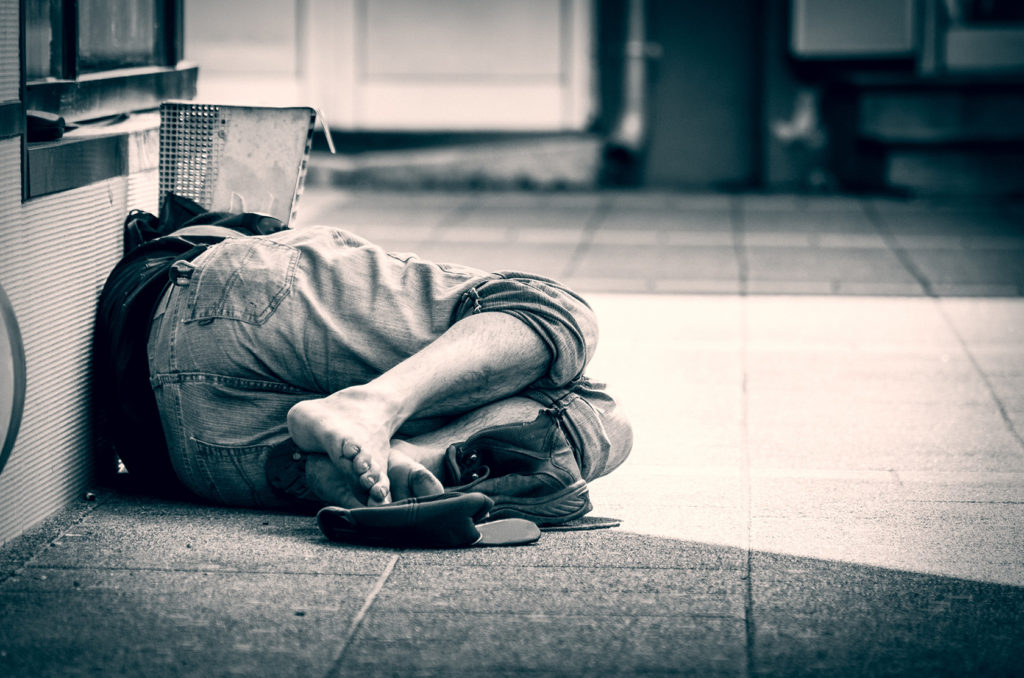 O’er there is a stranger,
The street for a bed,
On a pillow of cardboard,
He laid down his tired head.
The clouds in the dark sky,
Looked down where he lay,
A sprinkling of raindrops,
To round off his day.

The traffic is flowing,
The stranger awakes.
He gathers his blankets,
But no breakfast he makes.
The good folk of the city,
Look up to the sky,
Avoiding his sad eyes,
And passing him by.

“Be near me, my good friend,
I have nowhere to stay.
Don’t shun me forever,
And help me, I pray.”
But do we this Christmas,
Have enough tender care?
Or will we with ears shut,
Just pretend he’s not there?

The Phantom slowly, gravely, silently approached. When it came, Scrooge bent down upon his knee; for in the very air through which this Spirit moved it seemed to scatter gloom and mystery. …

“I am in the presence of the Ghost of Christmas Yet To Come.” said Scrooge.

The Spirit answered not, but pointed onward with its hand. …

“Ghost of the Future.” he exclaimed,” I fear you more than any spectre I have seen. But as I know your purpose is to do me good, and as I hope to live to be another man from what I was, I am prepared to bear you company, and do it with a thankful heart. Will you not speak to me.”

It gave him no reply. The hand was pointed straight before them.

“Lead on.” said Scrooge. “Lead on. The night is waning fast, and it is precious time to me, I know. Lead on, Spirit.”

From A Christmas Carol, “Stave 4:The Last of the Spirits” 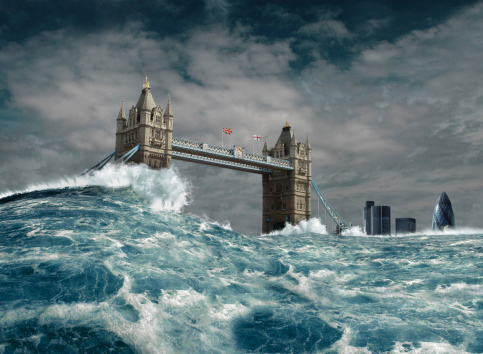 “I see three ships come sailing by …
In London Bay, on Christmas Day?
The ocean where flags used to fly …
On Christmas Day in the morning?

Pray whither sailed those ships all three,
In London Bay, on Christmas Day?”
“Oh they sailed into Bethnal Green
On Christmas Day in the morning.”

“What happened here? The town I knew is gone.
The Lighthouse of London was the Tower, if I’m not wrong.”

The folly was almighty, Destruction knew no bounds,
Of all the trees that were in the woods, Far too many were chopped down.

O the rising of the oceans, And the running out of oil,
The tides rose ever higher, And created London Bay.

“No problem!” many barked, They really had some gall,
Ignoring all the warnings, And condemning us all.

O the melting of the ice caps, And glacial retreat,
Poor Santa and his reindeer were left singing in the rain.

The weather grew more fickle, Then one year came that storm,
And ever since that fateful year, On Christmas Day they mourn.

“They, you said? Then who are you? Please tell.”

“I’m Holly’s daughter Ivy, We lie beneath this stone,
Two victims of nature’s fury, And we were not alone.”

“Tell me my granddaughter, How did you die?”

“We were killed by a torrent of water,
Swept away both mother and daughter,
Nature’s breakdown, man could not alter,
Caused by greed.” 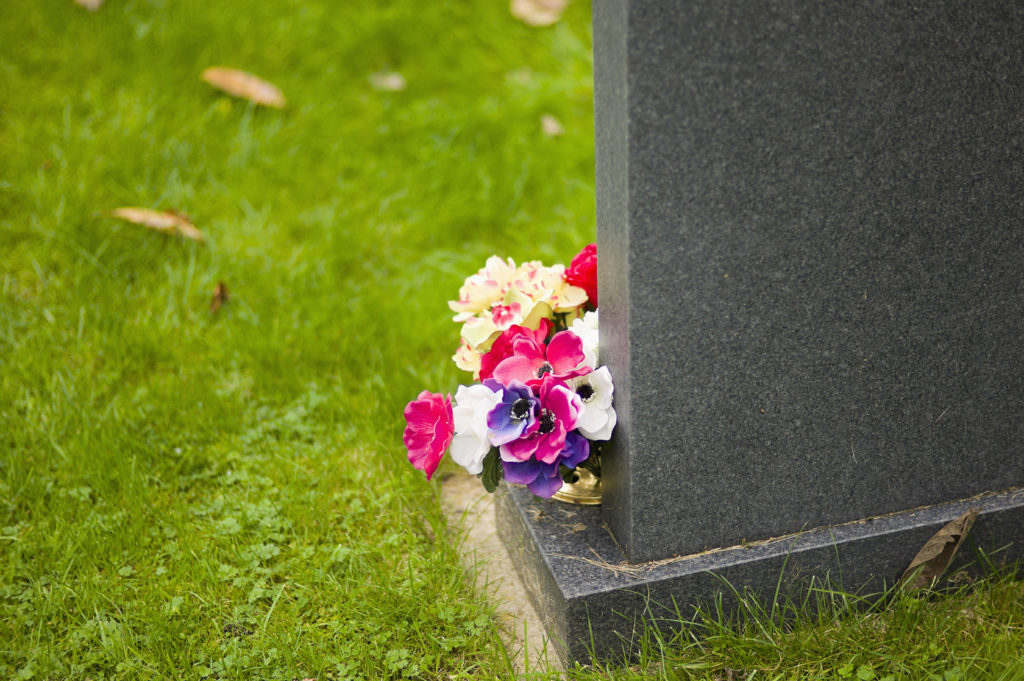 The Spirit stood among the graves, and pointed down to One. [Scrooge] advanced towards it trembling. The Phantom was exactly as it had been, but he dreaded that he saw new meaning in its solemn shape.

“Before I draw nearer to that stone to which you point,” said Scrooge, “answer me one question. Are these the shadows of the things that Will be, or are they shadows of things that May be, only.”

Still the Ghost pointed downward to the grave by which it stood.

“Men’s courses will foreshadow certain ends, to which, if persevered in, they must lead,” said Scrooge. “But if the courses be departed from, the ends will change. Say it is thus with what you show me.”

From A Christmas Carol, “Stave 4: The Last of the Spirits”

We three ghosts of Christmas are
Bearing warnings from afar.
Hear our message, heed our message.
Brighten your children’s star.

Share earth’s bounty. Do not fight.
Homes for all as human right.
Modest living, nature healing.
Earth’s future can be bright!

“I will live in the Past, the Present, and the Future.” Scrooge repeated, as he scrambled out of bed. “The Spirits of all Three shall strive within me. …”

Scrooge was better than his word. He did it all, and infinitely more … He became as good a friend … and as good a man, as the good old city knew… . Some people laughed to see the alteration in him, but he let them laugh, and little heeded them; for he was wise enough to know that nothing ever happened on this globe, for good, at which some people did not have their fill of laughter in the outset; and knowing that such as these would be blind anyway, he thought it quite as well that they should wrinkle up their eyes in grins, as have the malady in less attractive forms. His own heart laughed: and that was quite enough for him.

From A Christmas Carol, “Stave 5:The End of It” 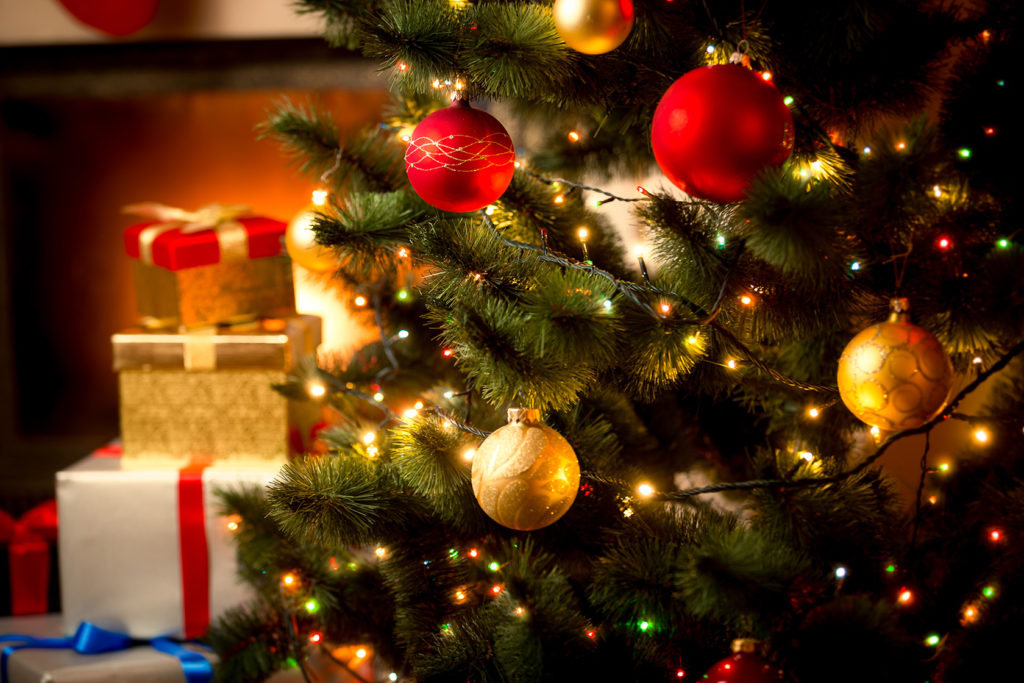 Scrooge’s eyes at last were open,
Through his own redeeming love,
Not for wealth but for his grandchild,
Resting in peace in heav’n above.
Let us leave our children on
A better earth when we are gone.

May the Spirits of Christmas be with you this year.
But as our tale ends what we really want you to hear is…

To your children’s children!

“We do not inherit the earth from our ancestors, we borrow it from our children.” – Native American proverb.

Acknowledgements and Notes on Sources:

Narrations are abridged direct quotations from A Christmas Carol by Charles Dickens.

The music is adapted from the following public domain Christmas carols:
Once in Royal David’s City
God Rest Ye Merry Gentlemen
While Shepherds Watched Their Flocks by Night
In the Bleak Midwinter
Silent Night
O Come All Ye Faithful
Away in a Manger
I Saw Three Ships
The Holly and the Ivy
We Three Kings of Orient Are
We Wish You a Merry Christmas

There are adaptations of “The Last Post”, and there is a two bar quotation from “Singing in the Rain” (1929).

Some sections in “Stave 1: Mary’s Ghost” take their lyrics from A Christmas Carol by Charles Dickens. All other lyrics are by Philip Seaton. They are adapted from the lyrics of the public domain Christmas carols listed above.